75 years ago today, British children’s author and illustrator Beatrix Potter died of complications from pneumonia and heart disease at the age of 77.

The creator of such loved characters as Peter Rabbit, Squirrel Nutkin, Mrs. Tiggy-Winkle, Jemima Puddle-Duck and many more was also a natural scientist and conservationist, being widely respected in the field of mycology.

Born into a well-to-do family in Kensington, in 1866, Helen Beatrix Potter wrote 30 books in total, being fondly remembered for her 23 children’s tales. On her death on 22nd December 1943, she left the majority of her sizeable estate and property to the National Trust.

Her books continue to sell to this day, bringing the stories of her created animal characters to life for millions of children (and adults) worldwide.

Posted by Uncle Tatty at 19:46 No comments: Links to this post

The First Ever London Derby!

This weekend saw the 111th anniversary of the first ever First Division derby when on 9th November 1907, Arsenal were the visitors to to play .

Arsenal were the first London club to enter the top flight of the Football League in 1904 and remained alone among those nasty northerners for 3 years until the Blues joined them in 1907.

Previously in the season had struggled, so it was something of a surprise when took a 2-0 lead with a brace from George Hilsdon. Arsenal narrowed the gap to 2-1, but could get no closer and suffered their fifth defeat of the season. Various reports suggested the crowd was somewhere between 50,000 and 70,000, which was a new league record.

By the end of the season, finished in thirteenth, one place ahead of Arsenal, with whom they were level on points, by virtue of a superior goal average.

Posted by Uncle Tatty at 06:21 No comments: Links to this post

In 1933 the first official translation of the entire Bible into Afrikaans was completed and on this day 85 years ago, it was introduced to the Afrikaans-speaking Christian community during a Bible Festival in Bloemfontein.

Originally translated by J. D. du Toit (an Afrikaaner poet better known by his pen name of Totius), E. E. van Rooyen, J. D. Kestell, H. C. M. Fourie, and B.B Keet, it was updated 20 years later  to prevent it from being rejected by Christians who were used to using the Dutch translation.

The 1953 edition contained a number of small changes and changes to the spelling of names. The 1953 edition also introduced copious cross-references that were present in all subsequent prints of that edition.
Posted by Uncle Tatty at 18:19 No comments: Links to this post 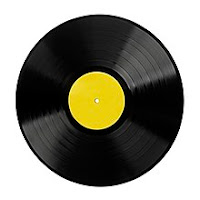 Long before the MP3 download and way back further than the compact disc, many old crusties like myself used to listen to our favourite music on vinyl records.

As far back as 1941 CBS Laboratories (Columbia Records) began research into developing a phonograph record that could last at least 20 minutes on each side. 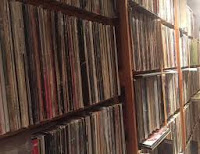 After a break during World War II, work was resumed at the end of hostilities and on 18th June 1948 at a press conference at the Waldorf Astoria in , the long-playing record (LP) was unveiled to an amazed public and press.

Two formats were initially released. The first was just 10 inches (25cm) in diameter and played for a total of 35 minutes while it’s sister platter being 2 inches wider at 12 inches, contained a further 10 minutes of sound. 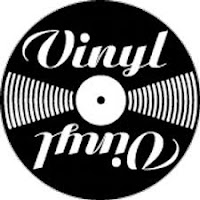 Columbia’s long-playing record became the standard LP format until well into the 1980s, when it was overtaken by the compact disc. However in the early part of the 2010s, vinyl made a comeback reigniting the debate of which format was the best.

So what is your choice of sound? Are you a traditionalist enjoying the hiss and crackle of vinyl? Or is the supposedly perfect sound of the CD for you? Or maybe you are a download dolly and are never seen without a set of earbuds plugged into your trusty iPod?

Posted by Uncle Tatty at 20:57 No comments: Links to this post