On this day: 3rd April

(125 years ago)
In 1895, Irish poet and playwright Oscar Wilde’s libel trial against the Marquess of Queensbury opened in . 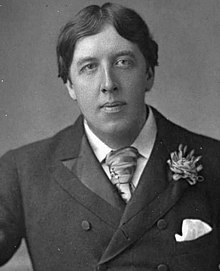 The Marquess had accused Wilde of homosexuality and subsequently the court found that the Marquess’s claim was justified, and he was acquitted. Wilde was liable for the Marquess’s substantial legal fees, which left him bankrupt.

Upon leaving the court, a summons was issued for Wilde’s arrest, since homosexuality was illegal. He was convicted and served two years in prison from May 1895 to May 1897. 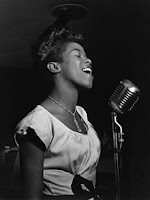 In 2010, the first Apple iPad tablet computer was released.

Posted by Uncle Tatty at 10:30 No comments: Links to this post

On this day: 2nd April 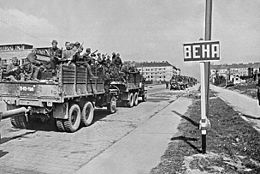 In 1945, the Vienna Offensive () was launched by the Soviet 2nd and 3rd fronts to invade .

It continued until 13th of the month, resulting in a Soviet success. The Austrian capital was captured from the Germans after an 11-day siege, with the Soviet Red Army then pushing further into . 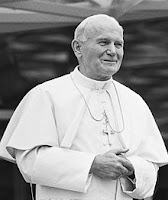 On this day in 2005, Pope John Paul II passed away to be succeeded by Pope Benedict XVI on 19th April.

Posted by Uncle Tatty at 12:11 No comments: Links to this post

On this day: 1st April

These events all happened on this day in the past – no fooling here, honest! 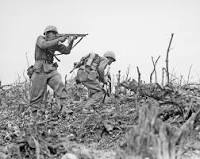 In 1945, the Battle of Okinawa, Japan (also known as Operation Iceberg) commenced, continuing until 22nd June. Being the largest amphibious assault in the Pacific War during World War II, it was an Allied victory with forces occupying until 1972. 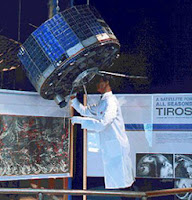 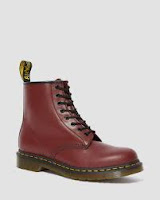 Also in 1960, Dr Martens boots went on sale in the for the first time (please click HERE for further details).

Posted by Uncle Tatty at 16:26 No comments: Links to this post

The 31st March was quite an eventful day over the years:


In 1930, the Motion Pictures Production Code (also known as the Hays Code) was adopted. It detailed what was (and was not) morally acceptable in the production of American movies, and was enforced from 1934 to 1968.


In 1945, Tennessee Williams’s play The Glass Menagerie opened on Broadway.


In 1980, record breaking track-and-field athlete Jesse Owens passed away aged 66 from an aggressive form of lung cancer. Incredibly the 4 time Olympic Gold medallist was a heavy smoker from the age of 32 until his death.

In 1980, the worst of the Poll Tax riots took place in . 200,000 protesters took to the streets and clashed with police. Violence and looting erupted, leading to the worst riots in the city for a century.

Very many happy returns to them all.


Posted by Uncle Tatty at 18:31 No comments: Links to this post

60 Years of Doc Martens in the UK

Klaus Martens was a 25 year old German army doctor in World War II who, while on leave in 1945, went on a skiing break in the .

He injured his ankle while skiing and found that his standard issue army boots were too painful to wear on his injured foot. So to ease his pain, he designed improvements with soft leather and an air padded sole made from rubber off old tyres.
At the end of the war, he took some leather from a cobbler’s shop and made a further pair of boots with air-cushioned soles. This grew into a business and soon he was selling the boots, albeit initially with little success.

In 1947, along with an old university friend, Herbert Funck, he went into business in producing shoes and boots using rubber reclaimed from Luftwaffe airfields. This time the shoes were marketed as an orthopaedic shoe and were a massive hit with German housewives of 40+ who made up more than 80% of sales throughout the first decade.

A further factory was opened in in 1952 and by the end of the 1950s the company was thriving well in causing Martens and Funck to market the business internationally.

Almost immediately shoe manufacturer R Griggs Group Ltd bought the rights to manufacture the boots in the , slightly reshaping the heel and adding the trademark AirWair along with the infamous yellow stitching.

The first boots were released in the on 1st April 1960 known as Style 1460. They had an 8 eyelet cherry-red coloured, smooth leather design and indeed the style is still in production to this day. 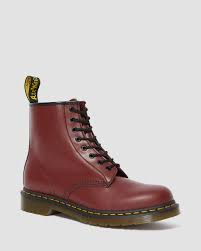 Initially costing £2 a pair, they were popular with postmen and factory workers, but when the Who guitarist Pete Townsend wore a pair on stage at a gig in 1966, they became a symbol of working class pride and rebellion and essential wear for skinheads and mods.

Posted by Uncle Tatty at 12:50 No comments: Links to this post 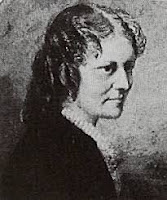 Monday 30th March sees the 200th anniversary of the birth of Anna Sewell, fondly remembered as the author of the children’s classic novel “Black Beauty.”

Born by the seaside at Great Yarmouth, she only ever had one published book to her name, but it has become one of the top ten best selling children’s novels ever written even though it was originally intended for an adult audience.

From a devout Quaker family, Anna and her brother were on the whole educated by their mother, but they were forced to spend time away from home living with grandparents as the family’s financial status was precarious (their father was a shopkeeper).

After an accident at the age of 12 where Anna broke both of her ankles and the subsequent treatment she received was shoddy, she spent a lifetime being unable to stand for long periods and was in constant pain.

At the age of 16, Anna’s family moved to on the south coast hoping the warmer climate would have a beneficial effect on her ailing health. In the next few years the family moved around the country to Wick in and to in the westcountry in an effort to ease her poor health.

Anna had a great equine love and she was inspired to write “Black Beauty” (originally entitled The Autobiography of a Horse) after observing inhumane treatment to horses.

Already into her 50’s, she worked on the novel between the years of 1871 and 1877, but was in such poor health at the time she was unable to leave her bed and in the main dictated the story to her mother.

Her masterpiece was published in 1877 when Anna was 57 years old for which she was paid the sum of £40. At the time she was completely bedridden and in extreme pain.

She passed away 5 months after publication, of hepatitis or tuberculosis, however she was able to witness the initial warm reception the book received in before she died. She was buried at the Quaker burial-ground near to Buxton in
Posted by Uncle Tatty at 20:07 No comments: Links to this post

Hit by the Rhythm Stick!

On 27th March it will be 20 years since punk/new wave singer, songwriter and actor, Ian Dury died.

Fondly remembered as the lead singer of Ian Dury and the Blockheads, he contracted polio as a 7 year old during the 1949 epidemic.

He claimed that he caught the disease at a swimming pool in Southend-on-Sea and after 6 weeks spent in a full plaster cast in hospital, he spent the next few years convalescing from the illness in varying hospitals throughout the . It resulted in paralysis and withering of his left leg, shoulder and arm. 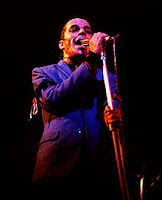 Musically, he first came to prominence as lead singer of the pub rock outfit “Kilburn and the High Roads” who released one album in 1975 before disbanding later in the same year.

Next came the infamous “Blockheads” who had the reputation as one of the top live new wave bands. With such wonderful output as Sex & Drugs & Rock & Roll*, Reasons to be Cheerful Part 3, and my personal favourite the truly wonderful What a Waste, Ian Dury and the Blockheads amassed a massive fan base with musical influences ranging through jazz, rock and roll, funk and reggae genres.

(* Sex & Drugs & Rock & Roll was actually released under the single name of “Ian Dury”, but three of the Blockheads also appeared on the recording).

Their biggest hit was the immortal Hit Me With Your Rhythm Stick. Reaching no.1 in the in the early part of 1979, it went on to sell just under a million copies. It also topped the charts in , and and was a top 20 hit in several European countries.

Dury was initially diagnosed with colorectal cancer in 1996. He underwent surgery only for tumours to be later found in his liver. At that stage he was informed that his prognosis was terminal.

He died of metastatic colorectal cancer on 27th March 2000. Madness singer Suggs described him as “possibly the greatest lyricist we’ve seen.” Very much a fair call I strongly suggest.


@uncletatty #TattyHistory
Posted by Uncle Tatty at 20:26 No comments: Links to this post